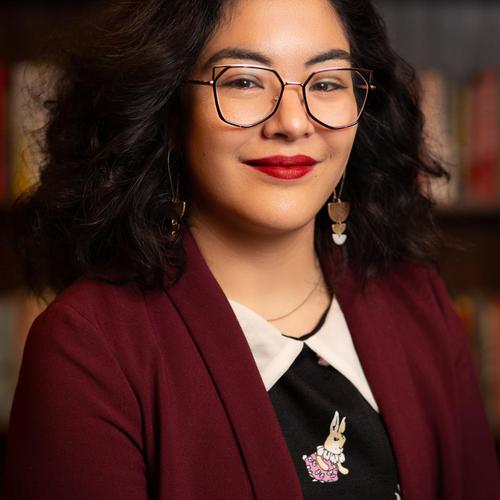 Talks covered by this speaker

We want to acknowledge that we feel it is vital for librarians and professionals of all backgrounds to address patterns of race, racism, and white supremacy within the profession, rather than leave the responsibility solely on the shoulders of BIPOC colleagues. We want to center this conversation in the desire to equitably and respectfully serve our diverse communities. We've included our brief bios below for more about us as individuals.

Amber Moller (She/Her) - Amber identifies as Filipino-American and grew up near Tampa, Florida, but has called NYC home for over a decade. She has a Bachelors of Science in Economics from Barnard College and a Masters in Library Science, School Media Specialist, from Queens College. She started working in libraries as an Information Assistant at the George Bruce Branch of the New York Public Library in West Harlem in 2013 and currently works in Central Programming at NYPL as an Early Literacy Coordinator serving branches in Staten Island and Manhattan.

Annie Lin (She/Her) - Annie grew up in NYC and spent a lot of time at the Bloomingdale branch of NYPL. She received a Bachelor’s degree in Literature from Ramapo College and a Masters in Library Science, Youth Services specialization from Queens College. She has been a children’s librarian since 2014, has been on NYPL’s Best Books for Kids committee, and loves creating flannel boards for storytime.

Meghan Klaus (She/Her) - Meghan grew up in Rochester, NY and has been working at libraries in diverse urban communities for over 20 years. She has been a page, clerk, managed a toy library and has been both a children’s and young adult librarian. She received her Bachelor’s degree in Sociology from University of Albany and her Master’s in Library Science from University of Buffalo. She moved to New York City 6 years ago and has worked in Staten Island and Lower Manhattan as a children’s librarian.

Juana Flores (She/Her) - is currently a children's librarian in Brooklyn Public Library. She sees children as our best hope for an equitable future and instilling anti-racist values as the most important thing she can do. She presents engaging and highly attended Children's programs; she was featured in the Wall Street Journal article "Cranky Line for Storytime". Juana facilitates and coordinates Anti-Racist Storytime meetups at BPL, one of which focused on racist origins of popular children's music. She incorporates anti-racism into her Storytimes and modeled this to her colleagues. Juana also loves creating new ideas for programs , spending time with her family, and exercising.

Your logo could go here!

If you'd like to get your brand in front of attendees following the categories this speaker is talking about (on this page, via email and during each talk) contact us.
We use cookies This website (and some of its third-party tools) use cookies. These are important as they allow us to deliver an exceptional experience whilst browsing the site. Learn more about our cookie policy. By closing this banner, scrolling, clicking a link or continuing to browse, you agree to the use of cookies. Accept
I need help
No I need help
No I need help